Campaign to Save SANDHILLS GREEN BELT!

This destruction of the Green Belt will end the rural character of Sandhills.

We treasure this field as the lungs of our community and of Barton’s: for walking; schools access; and for the peace and beauty that it brings to us away from the busy A40.

Sandhills has very few amenities – no green park, shop, bus, post office but we do have this beautiful field and the trees surrounding it. We have a planning right to landscape.

Previous attempts to exploit this lucrative Green Belt site by property developers, have failed due to the unsuitability of the road access. The two access roads would go over a protected bridleway, with the destruction of a huge mature tree and focal point landmark at the bottom of Sandhills. Traffic would then pass through Delbush and Burdell Avenues, passing school collection points and causing congestion and air pollution on Merewood Ave at the A.40 junction.These streets cannot sustain the huge volume of heavy site vehicles thundering up and down them – it will be both dangerous and destructive.

The same access plans were rejected as unsuitable by South Oxfordshire District Council’s own planners and are now being proposed by them, unchanged.

We all agree that more affordable new homes are required, but this opportunistic land grab is notgoing to provide this. The Campaign to Preserve Rural England (CPRE) says that there is enough proposed housing development, to fulfil growth needs and Oxford’s unmet need, without the SODC’s plans for the unnecessary violation of the Green Belt.

“The SODC Plan calls for 28,465 houses to be built compared to the official Government forecast requirement of only 10,000. That would be a 53% increase in the District’s total housing stock over the Plan Period, six times our historical rate of growth.”

A CPRE survey in 2015 found that over 75% of local people in Oxon wanted to see the Green Belt kept open and undeveloped.

The SODC plans are in the final stages of consultation and the residents of Sandhills, and many of Barton, have not been directly notified by SODC. There has been no official consultation about the plans, which if passed, will have such a severe impact upon our community. This development has serious repercussions on our traffic, air pollution, flooding and threatens wildlife habitats and the local ecology.

The formal public consultation began on 7 January and will run for six weeks until Monday 18 February at 5pm. This is the final chance for residents, businesses and organisations to have their say on the plan – their comments will be submitted with the plan to the government by the end of March 2019. The examination of the plan by an independent government inspector is expected to follow in the summer.

Join our campaign and make sure YOU return your OBJECTION on the Representation Form to the Independent Planning Inspector before Monday 5pm on 18th February. See Links page for Form.

A big thanks to everybody that has submitted their comment forms to SODC. 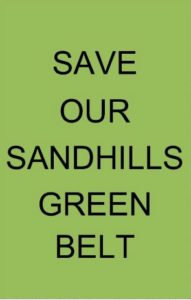